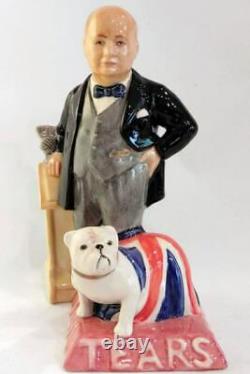 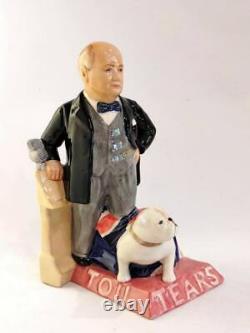 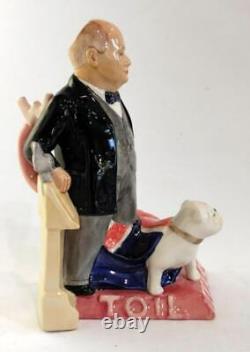 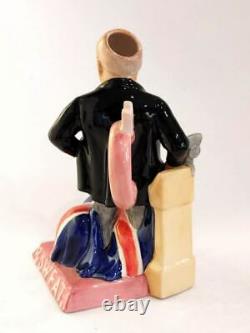 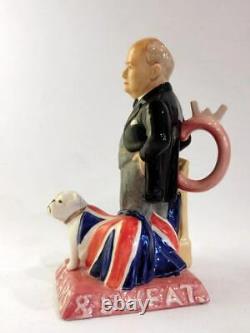 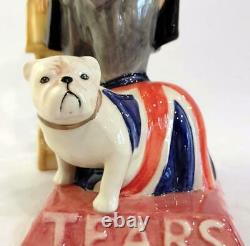 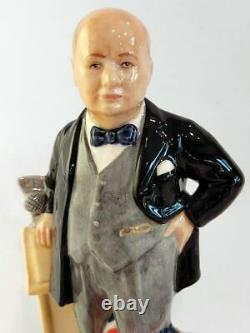 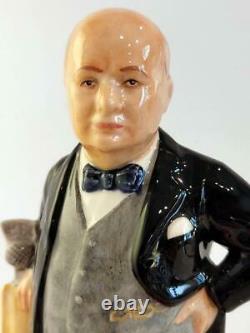 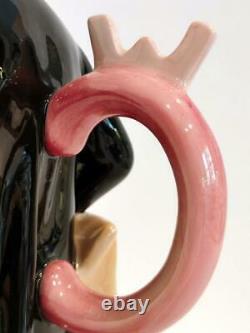 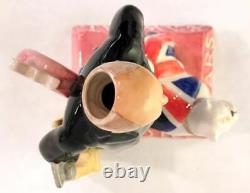 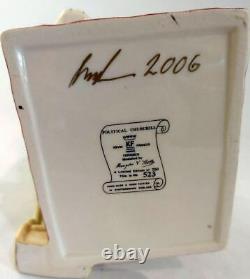 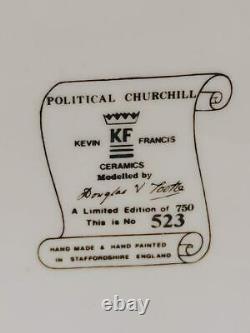 Ceramic Character Jug by Kevin Francis entitled "Political Churchill", depicting famed British Prime Minister Winston Churchill wearing his signature bow tie, standing in front of a BBC podium, ready to address the nation. A faithful British Bulldog draped in a Union Jack (Union Flag), the national flag of the United Kingdom, stands in front of Churchill on a pink base with the inscription "Toil Tears & Sweat".

The letter "W" for Winston is featured on the handle. The British Bulldog was Churchill's nickname due to his jowly face and portly figure and the words "Toil Tears & Sweat" are taken from Churchill's speech to his Cabinet on May 13, 1940, 3 days after becoming Prime Minister, when he told them "I have nothing to offer but blood, toil, tears and sweat". He repeated the same phrase later in the day when he asked the House of Commons for a vote of confidence in his new all-party Government.